Terra Blockchain "halted" BlackRock And Citadel behind it all?

Crypto is doing what was meant not to do.. follow the world economy.. Well Covid hit and all the Wallstreet boys and GME fanboys jumped on crypto pumped the price and ran when they saw -10% making the masses* jump ship Feds put the cherry on top.

For sure there where stories being tossed around as to why Terra shit the can.. One story is big boys decided it was time to make some backdoor deals and decimate a market 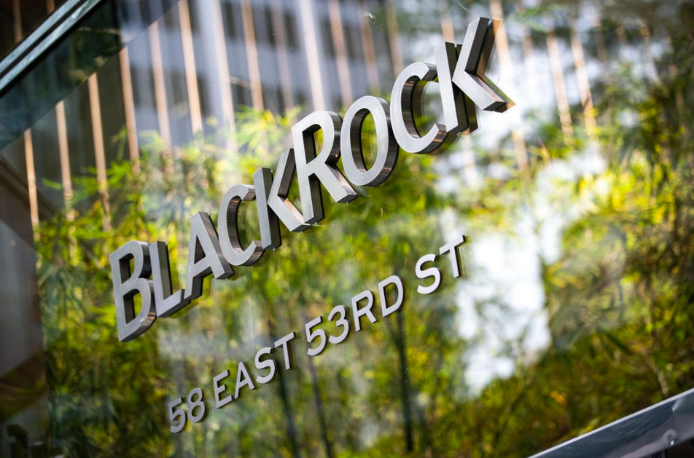 _SUS
Are we able to see such emails?

So much Drama and conspiracy theories are coming out in waves..

Gemini Also getting dragged into this mess.. Posting a tweet

stating they did in fact not loan out 100K BTC to BlackRock and/or Citadel something is brewing that's for sure. Time will tell on this one, reddit is sure on fire about Terra Suicide hotlines are seen across the posts.

although, Logan Koffler stated that rumors of BlackRock had any involvement in the utter collapse of UST..

“In fact, BlackRock does not trade UST.” Again, time will tell..

Sadness and Fear
Yeah, that is crazy.. Scary too if you think about it, many people have lost bags I mean bags of money. With nowhere to look for hope. The powers that be will not let it die.

To much at stake . Let’s see what they get done.

But any model of profit is bound to create its own flaws, ghost in the machine.

Looks like The terra blockchain has been halted.. hmm that seems kinda sus... halt a blockchain.. This is being done to prevent attacks.. that is what is been pushed to the terra luna community

Still, reeling from the after math of even falling to .01 that is brutal in so many levels. 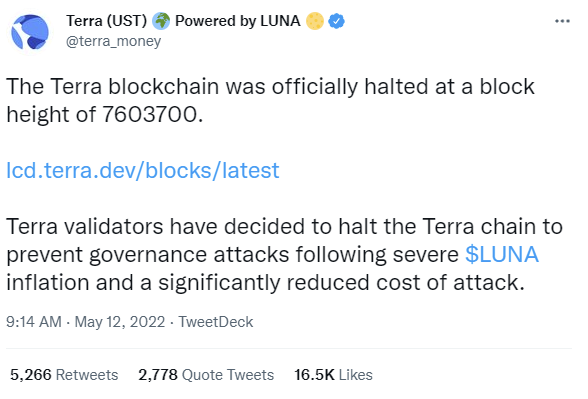 The sudden fall of prices is really surprising with the heavy dip happening so terrible with most investment crashing with LUNA is shocking.

I almost lost all my #Bitcoin locked in collateralized loans. A few times, actually... and I still expect it might happen. I am so tired of this garbage. 😒

Seems a bit too “conspiration theory” for me 😅

some big rollers got rekt!

There is a lot of uncertainty, I don't understand why there is no clear explanation. This further exacerbates the problems. Everything will be revealed in the coming days, I look forward to the developments.

Yea, I hope we get to the bottom of this.

I got excited when I read the whitepaper. The SDR seemed like the strongest currency you could mint a coin around...and now this. Fuck a bunch of shenanigan's

I hope you didn't lose too much

But that's the spirit!

I think this is the first time I hear about a blockchain being halted like that. But then again, I'm new to this

There is so many stories and rumors. I think Blackrock got fined for insider trading did they not !

Ohh that would be something to see.

It's sad to see what happened but I don't know if I trust the theories right now. It's all speculation but we will probably figure out what happened a year or two from now when people investigate everything.